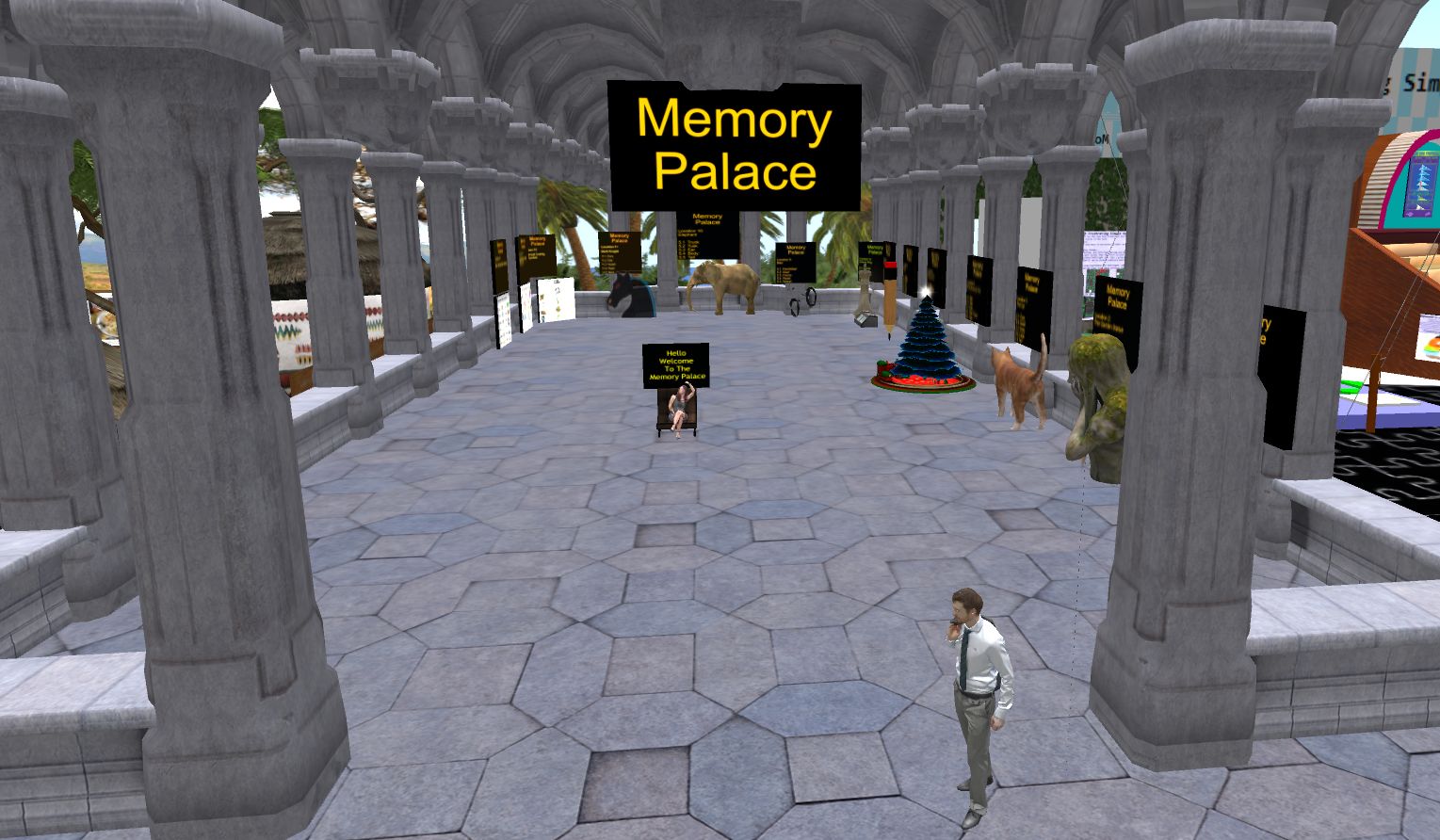 This location adjoining the Game Park was created by chess master Darth Vondran. It has several numbered stations with object or animal sculptures, and each station lists different parts of the corresponding object. The challenge is to use memory aids to recall the list for each object.